Black History Month: What it Means to Me as a Black Woman with Invisible Disabilities 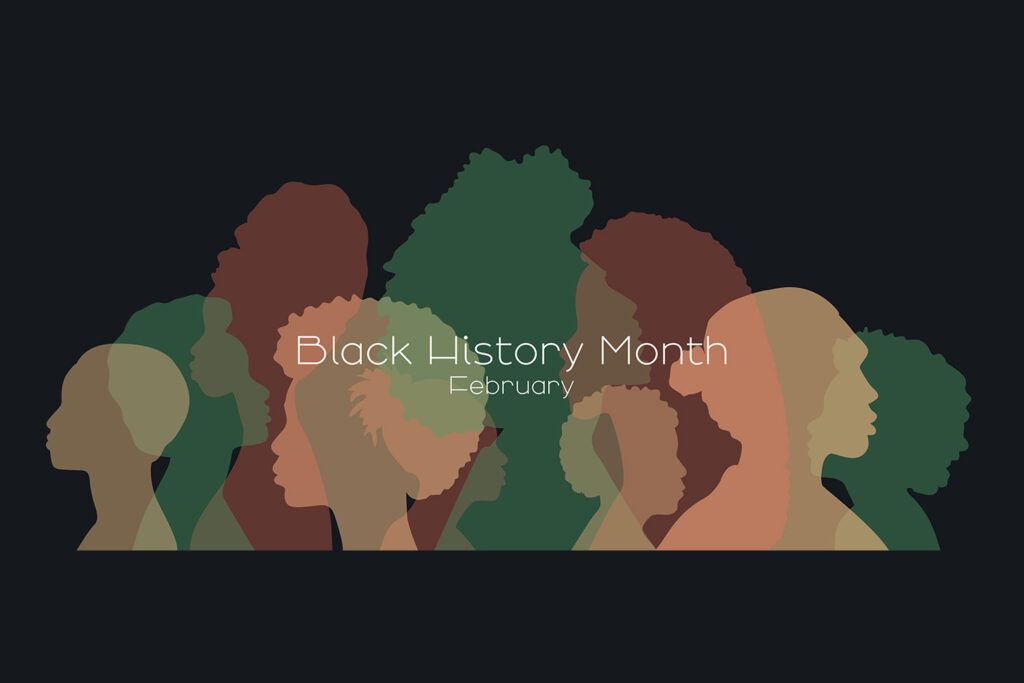 Black History Month: What it Means to Me as a Black Woman with Invisible Disabilities

Black History Month started in 1915, 50 years after the United States ended slavery with the Thirteenth Amendment.

Dr. Carter G. Woodson, a Harvard-trained historian, and clergyman Jesse E. Moorland, created the Association for the Study of Negro Life and History (ASNLH) in September 1915 to explore and promote the achievements of Black Americans and other peoples of African heritage.

Every year Black History Month has a distinct theme. In 2021 it was Black Family: Representation, Identity, and Diversity. The call was for us all to learn more about the African world migration known as the African diaspora and the spread of Black individuals’ groups and families across North America and beyond. This year in 2022, the theme is “Black Health and Wellness.” The themes are chosen by the Association for the Study of African Life and History (ASALH). Dr. Carter G Woodson founded this organization. The current president of ASALH is Dr. W. Marvin Dulaney (ASALH, n.d.). Considering that Black people have endured a double pandemic that includes an ongoing worldwide discrimination and loss due to racial hatred from many in society including a lot of police abuse of power, coupled with COVID-19 disproportionately affecting our race, this theme is fitting. Often Black people suffer from racial fatigue, generational trauma, and historical trauma. Some research has shown Epigenic (DNA) effects from racial trauma. Many individuals who are Black and have a disability are doubly vulnerable to the impacts of COVID-19.

For me, as a Black woman with invisible disabilities, it is a time of reflection. A time to research the African roots, Black and African American diaspora, and learn more and more truth. For me, it has evolved to become something so much more than just a time when we talk about a few prominent figures and freedom from slavery. For me, it has become a time to learn and honor the rich heritage and culture that lies within our DNA and to discuss how for many, it can be a time of pain because remembering we were stripped of our original cultures and the sense of loss that that brings is painful. Black History, for me, is every single day. It seems to be a time when we set aside to honor and share. It appears to be a time when more people are accepting and open to learning and hearing about Black people, the cultural aspects, and the intersectionality. It is also a time to celebrate. Black people were once NOT thought of as human beings. It is a time to proclaim that we belong. And that our Black Lives do… indeed matter.

It is important that we all celebrate Black History and strive to do our own self-work to grow in humility and strive to become competent about the Black culture. Regardless of our race, ethnicity, ability, sex, creed, color, or gender identification. Black History is a massive part of American History that begins before white supremacist colonizers enslaved Black people.

It is not your burden to feel guilty… it is your responsibility to help make change.

There are so many individuals that I could teach you about, but I will mention just one in this space.

Thyra J. Edwards was a lifelong social worker with a global impact.

Her career started as a social worker in Chicago, and she went on to serve as a speaker, women’s rights campaigner, labor organizer, and journalist, among other things. She was the executive director of the Congress of American Women after WWII. The founding of the first childcare service in Rome to aid Jewish Holocaust survivors was one of this organization’s key initiatives. She worked abroad until she died in 1953, advocating for people of all races, nations, and ethnicities (Cox, 2012; Reynolds, 2007).

Acclaimed– Great or Highly thought about.

Clergyman– a minister or priest

Colonizer– “Colonist and colonizer both have meanings closely tied to the word colonialism in its use referring to domination of a foreign people or area. Colonist, which comes directly from the noun colony, is the more common—and usually more neutral—term. Colonizer, which comes from the verb colonize, is used especially in contexts in which the exploitative nature of colonialism is being discussed or evoked; in phrases like “colonizer mindset/mentality” it implies a benefit from or even active participation in that exploitation” (Merriam-Webster, n.d.).

Disproportionately– overly or too much

Historian– someone who studies history

Intersectionality– more than one part. We are people with areas of life such as race, sexual orientation, disability, ethnic background, gender identity, age, and other characteristics.

: the complex, cumulative way in which the effects of multiple forms of discrimination (such as racism, sexism, and classism) combine, overlap, or intersect especially in the experiences of marginalized individuals or groups

[Kimberlé] Crenshaw introduced the theory of intersectionality, the idea that when it comes to thinking about how inequalities persist, categories like gender, race, and class are best understood as overlapping and mutually constitutive rather than isolated and distinct.

Dr. Julie Clockston, LCSW, is the Board President of The Association for Successful Parenting (TASP), where she also serves on the education committee. She is the founder of Julie Clockston Counseling LLC DBA Therapy Rocks and Co-founder of SOAR Colorado LLC, an agency for individuals diagnosed with developmental/ intellectual disabilities. Dr. Clockston is the mother of four and considers them to be her greatest gifts in life. She has worked with individuals living with cognitive difficulties for 26 years. She is a university professor and lecturer. In addition, she is an off-site field instructor for BSSW and MSW students at Arizona State University (ASU) and Metropolitan State University of Denver (MSUD) where she is also an alumna.

Dr. Clockston is the president of NASW Colorado, a member of the Denver Chapter of the National Association of Black Social Workers (NABSW), board member of the Colorado State University (CSU) Parents and Families board and The CSU School of Social Work External Advisory Board. Dr. Clockston is a former Colorado state-licensed therapeutic foster parent and has dedicated her career to working in mental health care for 26 years. She has a background in Early Childhood Education with an emphasis on domestic violence from the Community College of Denver. Outside of her social work designation scope, she has infused human service into all the work and trades she has participated in. She has worked in the community as a licensed real estate broker who had a passion for working with socioeconomically marginalized individuals and first-time home buyers. She specializes in various therapeutic modalities, but her extensive study and time working with individuals who have experienced trauma allow her to provide special care to individuals who have been victimized.

TASP, a 501c3, incorporated in Colorado, with offices in Baltimore, Maryland.